Audiences will decide the future of opera

Popular posts from this blog

December 05, 2020
When - eventually - the world is declared 'normal' again and there are no lockdowns, enforced social distancing, closures of theatres and coronavirus is largely suppressed by vaccines, the performing arts world will emerge a very different beast. So, too, will audiences. It is optimistic to think that audiences will flood back as before, and although a large proportion of them will, I think that the immediate post-pandemic period may be even riskier than the disruption of 2020 itself. COVID was unquestionably a disaster for many companies (and particularly individuals) but I would also wager that many mid to large scale companies will have actually found their finances in decent order this year. The largesse of audiences, a reduction in the spending on work, often panicked, opportunistic staff reductions and the risk elements of audience response removed, the balance sheet will be better for some than it has been for many years. The support of furlough along with the man
Post a Comment
Read more

Portrait of Debbie Lamprell - read out at the Grenfell Inquiry

June 14, 2019
1.      My name is Miriam Lamprell.  I am 79 years of age and I lost my only child, Debbie, in the fire at Grenfell Tower. I have asked Mike Volpe to read this because it is impossibly hard for me to stand up and read this out, but I am here. And I will be coming to the Inquiry, as difficult as it will be to find out what happened to Debbie. 2.      I had Debbie in the maternity hospital in Walthamstow in 1971 and brought her home to the flat in Hinds Park where I still live. Debbie and her father, my husband, Reg, lived there together right through her childhood and she stayed with us all through her early adulthood when she took her first jobs, until Debbie moved out when she was 31. We were an incredibly close and happy family. We loved Debbie and Debbie was devoted to us.  We were blessed with Debbie in a way that is very special. 3.      Because Debbie was an only child we encouraged her to have her friends round to play as much as possible. She wasn'
Post a Comment
Read more

November 09, 2015
An open letter to Eva Wiseman Dear Eva I read your recent piece on the Guardian website ("Is there anything worse than a man who cries") with mounting horror. I also noted the nearly 3,000 outraged comments below it and, I have to say, you brought it all upon yourself. I have no sympathy, but I am happy to help you by explaining where you went wrong. The most important thing to note - and Eva, this will stand you in good stead hitherto should you hold it in mind - this is 2015. Why is that relevant? Well, this isn't 1928, for example, when a book like "A Handbook on Hanging" by Charles Duff could be published and people "get it". And you're no Henry Root, love, let me tell you. And can you imagine what the world would say now if Clive James's line about that Chinese president "whose name sounds like a ricochet in a canyon" was published on Twitter? There would be bedlam. You can't possibly hope to get away with writing a piece t
8 comments
Read more

XTC -This is Pop (Documentary, Sky 1)

October 09, 2017
The long awaited - and even longer overdue - documentary about the British band XTC felt to many of us who have considered them the best ever group to emerge from these shores, like a simultaneous roar of approval and a shocking great slap in the face, a sharp reminder of what we have lost now that they no longer record together. Apple Venus Vol.1 and Wasp Star (Apple Venus Vol. 2) were released in 1999 and 2000 respectively and together represented the almost perfect distillation of British popular music. I hesitate to just call it "pop" although there are almost unequalled examples of it on both these albums and right through the XTC canon. Andy Partridge's lavishly inventive songwriting, lyrical brilliance and at times almost extra-terrestrial knack for a breathtaking melody or crushingly beautiful harmony seemed to improve and grow throughout the band's 14 album career. It came to a mighty zenith on those final two records.  Followers of XTC were often torn betwee
1 comment
Read more

October 21, 2017
In the past couple of weeks the issue of privilege and the Oxbridge divide has been prominent on social media. The argument has essentially been that Oxbridge caters most to the privileged and monied, and further, excludes black students in particular. David Lammy extracted some data from Oxford which he believes shows Oxford is not doing well enough with respect to offering access to bright black and underprivileged students. I am not sure if he is suggesting Oxford is institutionally racist but the inference that Oxford actively excludes black and disadvantaged students is easy to draw from his comments on the matter. The statistics are quite complex and to me don't actually suggest Oxford is doing too badly, but this thread of tweets addresses the specifics very well; https://twitter.com/dr_jsa/status/921140080810569728 To be frank, I am not entirely sure where to start with this discussion because those progressing the arguments against elite universities appear to mi
Post a Comment
Read more

My name is Jose Mourinho, and I'm not Special (at the moment)

November 08, 2015
.....The words that Jose Mourinho needs to utter to himself, the reality he has to face in order to change himself and the fortunes of his team. Such a recalibration of self-image won't be easy for a man who frequently embroiders his press conferences with 'I' and 'My' and references to his past achievements. He is a winner, not a loser and as such won't take easily to his new role, one that has to feature a cold-eyed acceptance that his magic, such as it is, has been diluted.  Mourinho is an egomaniac - not unlike many successful people - but he has an edge of narcissism that makes it difficult for him to see the success of his teams through any prism but his own greatness. When his club wins, "I" win. So when things are not as they should be, Jose takes it personally, as an affront to him, an insult, he is embarrassed. He'll take it out on players, make grand gestures by dropping his best, and he'll search for outside influences - excuses -
4 comments
Read more

September 30, 2017
As a man, it is wise to tread carefully when involved in debates about gender equality, especially when you are possibly considered part of the problem in the first place. I recently read a piece by Sophie Gilpin ( https://auditionoracle.com/we_need_to_talk_about_women/ ) of Head First Productions in which she charts the number of women heading up small-scale opera companies and then compares it to a list of larger scale opera companies. The difference is stark and only the trenchantly misogynistic or very stupid would dispute the significance of the obvious lack of women at the top of our mid to large scale opera companies. Is it entirely coincidental? As so often happens, reading pieces like Sophie's gives one pause for thought and encourages you to look more closely at your organisation to see how you measure up in the context of the argument. Her piece was about the people leading companies and naturally, since she rightly points out that James and I are both men, there can be
Post a Comment
Read more

Gelb and The Met

August 25, 2014
Having posted a piece that was kind to critics and thus risking opprobrium from all quarters, I suppose I ought to be wary of writing a piece that is sympathetic to the current opera demon, Peter Gelb.  Let us be clear, I don't know what the detailed financial situation at the Met is, I don't know how its budgets are split and allocated, I don't know how much they spend on sets and productions. I just read selective figures used negatively and that is always something we should be wary of.  What Gelb and the Met are going through is probably entirely unique in the opera world given the scale of economics involved and the accusations of mismanagement that are being thrown around are hard to reconcile with some of the realities; it is certainly true, for example, that Gelb has taken the Met's turnover from $222 million to over $300 million in eight years which doesn't immediately suggest mismanagement, but that is as glib and superficial an analysis as anything else I
9 comments
Read more

November 25, 2016
Since the Brexit vote, and especially since the recent Autumn statement, there has been something familiar nagging at me; the remarkable refusal of Brexiters to accept or acknowledge the facts set out by the government and in the OBR's forecasts. It reminds me of something, a feeling I have had before. I know that the expression post-truth annoys a lot of people, but it is a thing, it really exists. People, for whatever reason can knowingly refuse to accept bare facts when it suits them. It isn't a new phenomenon at all. I am bound to say, moreover, that I have tended to experience it in a malign sense, when the things people want to believe are unconscionable or driven by prejudice of one kind or another. Last night I remembered where it was that I had last seen the phenomenon and it was an experience that left me astonished at the time, but which also provoked in me a genuine disgust for my fellow citizens. I am afraid it is an unpleasant parallel scenario, but it was pro
5 comments
Read more

January 13, 2020
Today it was announced that on September 30 th , 2020, I will be taking early retirement from my role at Opera Holland Park.   Ernest Hemingway once said that 'retirement is the ugliest word in the language' and in recent months, as I contemplated my own, I have come to know what he meant. Even though it is merely a word to describe my departure from Opera Holland Park after thirty-one years, it does 'catch' a bit. Which brings me onto George Burns who said that 'retirement at sixty-five is ridiculous. When I was sixty-five I still had pimples.'  I still have metaphorical pimples and remain as childish as ever, so I'm sticking with George's philosophy.    I'm not retiring in the conventional sense. I am retiring from Opera Holland Park, a formal, recognised conclusion of a life's work. It says 'my work here is done', not that my working life is. There are one or two big projects still in me. I am grateful to th
Post a Comment
Read more 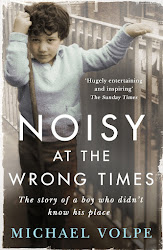